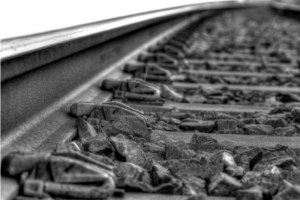 The SFO began a criminal investigation into the suspected payment of bribes by companies within the Alstom group in the UK in 2009 as a result of information provided by the Office of the Attorney General in Switzerland.

A total of 8 individuals and 2 corporates were charged with corruption offences under the Prevention of Corruption Act 1906 and offences of conspiracy to corrupt under the Criminal Law Act 1977.

The charges related to:

Alstom Network UK Ltd were found guilty of one count of conspiracy to corrupt on 10 April 2018 for making corrupt payments to win a tram and infrastructure contract in Tunisia. Alstom Network UK Ltd appealed this conviction. The Court of Appeal upheld the conviction and sentencing is now due to take place on 22 November.

In return for its work in securing the €85 million contract, Alstom Network UK Ltd paid €2.4 million to a company called Construction et Gestion Nevco Inc, which Alstom Network UK Ltd itself acknowledged was a front for corruption when it decided not to make a final payment of €240,000 in its contract.

Graham Hill and Robert Hallett were charged alongside the company in relation to alleged corruption to win tram and signalling equipment contracts in India and Poland. They were acquitted of all charges on 10 April 2018.

On 25 November 2019 Alstom Network UK Ltd was ordered to pay a total of £16.4 million for conspiracy to corrupt relating to a contract to supply trams in Tunisia. This sentence comprises £15 million in fines and £1.4 million in costs.

The men conspired to pay bribes to officials in a Lithuanian power station and to senior Lithuanian politicians in order to win two contracts worth €240 million. They also falsified records to avoid checks in place to prevent bribery. Between them, the Alstom companies paid more than €5 million in bribes to secure the contracts.