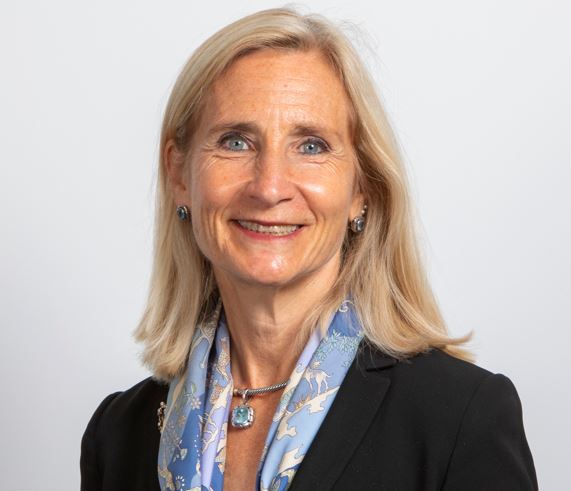 Lisa Osofsky became Director of the SFO on 28 August 2018.

A dual US/UK national, Lisa has over 30 years’ experience pursuing and protecting against financial crime, in both the public and private sectors.

She began her career working as a US federal prosecutor, taking on white collar crime cases including defence contractor and bank frauds, money laundering and drug related conspiracies. She spent five years as Deputy General Counsel and Ethics Officer at the FBI and was seconded to the SFO whilst a Special Attorney in the US Department of Justice’s Fraud Division. She was also called to the Bar in England and Wales.

Lisa has worked for Goldman Sachs International as their Money Laundering Reporting Officer and spent seven years in the Corporate Investigation Division of Control Risks, where she advised on compliance issues. Prior to joining the SFO, Lisa worked for Exiger, a global governance, risk and compliance advisory firm, where she served as Regional Leader and Head of Investigations for Europe, Middle East and Africa.

Michelle Crotty joined the SFO on 10 August 2020. After training as a criminal solicitor in London, Michelle became a partner in Bullivant & Partners, undertaking criminal defence work ranging from murders to white collar fraud. Following this, she joined the Revenue and Customs Prosecutions Officer, specialising in asset freezing, forfeiture and confiscation work, before joining the Sentencing Council for England and Wales in 2009, taking leadership of the team in 2010. Here, she delivered a range of guidelines including fraud, bribery and money laundering. Michelle moved to the Attorney General’s Office in 2014 to lead its criminal team and was promoted in 2015 to Director, with additional responsibility for constitutional, public and international law alongside sponsorship of the CPS and the SFO. Prior to joining the SFO, Michelle was Director of Strategy at the NCA, leading on cross-Whitehall engagement, performance reporting, assurance & risk and internal and external communications.

Sara Lawson QC was appointed General Counsel of the SFO as of 1 May 2019. Prior to this she was a barrister based at Red Lion Chambers and had extensive experience prosecuting criminal and regulatory matters on behalf of the government, including the Serious Fraud Office. Before taking Silk in 2017, Sara was Standing Counsel for the Insolvency Service and between 2012 to 2019 was a member of the Government Regulatory A List, prosecuting cases for the Health and Safety Executive, the Office of Rail & Road, and the Environment Agency.

Liz Corrin was appointed Chief Financial Officer of the SFO as of 2 October 2019. Liz joined the Serious Fraud Office in April 2019 as Head of Corporate Services. Her previous post was at the Government Internal Audit Agency where she held a similar position. Liz has also worked at the Office of Rail and Road, Department for Transport, HM Treasury and in the private sector. As Head of Corporate Services, Liz performs the role of Chief Financial Officer and has the oversight of the HR, Finance, Commercial and Facilities Management teams.

Sanjay Bhandari had a 29 year career in professional services. He spent the first 15 years of his career as a lawyer specialising in fraud and white collar crime at Herbert Smith Freehills and Baker McKenzie. He then had a number of leadership roles in forensic technology, compliance and innovation at KPMG and EY, where he was a Partner for 12 years before taking up a portfolio career as an independent board member, adviser and charity trustee.

Sanjay is also an active and recognised leader of Equality, Diversity and Inclusion strategies. He is a member of the government sponsored Parker review on ethnicity on UK Boards and is Chair of Kick It Out, English footballs leading equality and inclusion charity.

Magnus Falk has spent most of his career developing ways to exploit technology to improve business performance, first at Accenture and later at Credit Suisse, where his last role was Managing Director and Chief Information Officer for EMEA countries. He served as deputy Chief Technology Officer to the UK Government in 2014-15.  More recently he has served on the boards of a bank and a data centre provider as well as being a Senior Advisor to the Financial Conduct Authority.  He is currently a CIO advisor at Zoom.

Claire Bassett has held senior positions across the public sector, many with a focus on the criminal justice system. She was Deputy Director General at the Independent Office for Police Conduct until May of this year and has previously held executive posts at the Department for International Trade, the Electoral Commission, the Parole Board for England and Wales and the Criminal Cases Review Commission. Claire is also current vice-chair and trustee at the Internet Watch Foundation, an organisation that works within the UK and internationally to make the internet safer.

James Thomson has held senior leadership positions across the private and public sectors and is currently chief executive of MJ Gleeson plc. He is also chair of the City of London Police Authority Board, chair of the National Cyber Resilience Centre Group and a board member for the Association of Police and Crime Commissioners. He is a councillor at the City of London Corporation, a board member of Bridge House Estates Trust and a governor at the City of London School. James is a chartered accountant and spent his earlier career in financial services with PwC, HSBC and Deutsche Bank.

Declaration of interests for Non-Executive Directors are available in the transparency section.