Christopher Woodhead’s decade and a half on the run has ended, following an enforcement hearing at Leeds Magistrates’ Court today.

In 2004, Woodhead was sentenced to 6 years and 4 months in prison, following a joint prosecution by the Serious Fraud Office and West Yorkshire Police. Today he was handed down an additional 3 years default sentence in relation to the unpaid confiscation order of £428,000. With interest, the amount now owing is £900,000.

Between 1997 and 1999, Woodhead ran a series of chemical paint companies that targeted residential properties across Yorkshire. He systematically milked cash from each of them for his personal benefit. 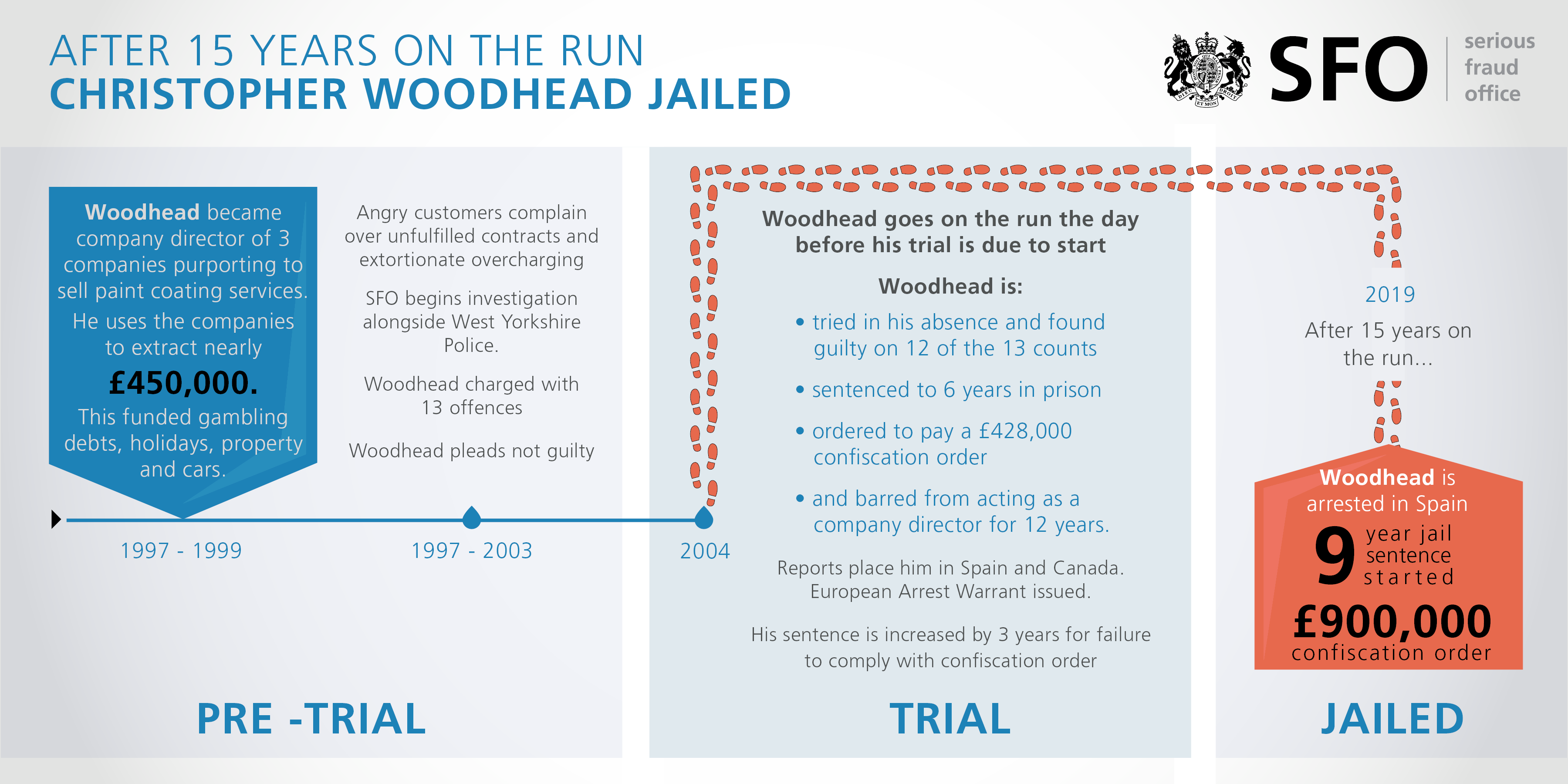 “This man’s brazen decade and a half on the run is finally at an end and I am pleased to see him behind bars and serving a sentence for his crimes.

“This case should send a clear message that we will always persist in our pursuit of justice.”

“Woodhead defrauded innocent people out of hundreds-of-thousands of pounds, and his total lack of remorse was evident when he didn’t face his victims or the courts and instead went on the run.

“Fifteen years later, he now faces a lengthy prison sentence and a £900,000 fine. His sentence shows time is no barrier to prosecution and we will pursue you until we get justice for the victims involved.”

Dissatisfied customers originally brought Woodhead’s actions to the attention of West Yorkshire Police and the local press with allegations he had been overcharging, with customer bills running into the thousands of pounds for little actual work.

Woodhead had attempted to avoid scrutiny and carry on his scams by creating a series of “phoenix” companies, transferring assets from one company to the new one whilst making the old company insolvent, leaving it with only debts.

The SFO charged Woodhead with 13 offences under the Theft Act 1968 in 2002, but Woodhead absconded from justice the day before his trial was due to start.