What was the fraud?

Over more than two years, the brothers David Diaz and Ludovic Black and their accomplices devised a scam to sell and install solar energy panels which would enable their customers to generate extra income in addition to the Government’s Feed-In Tariff. 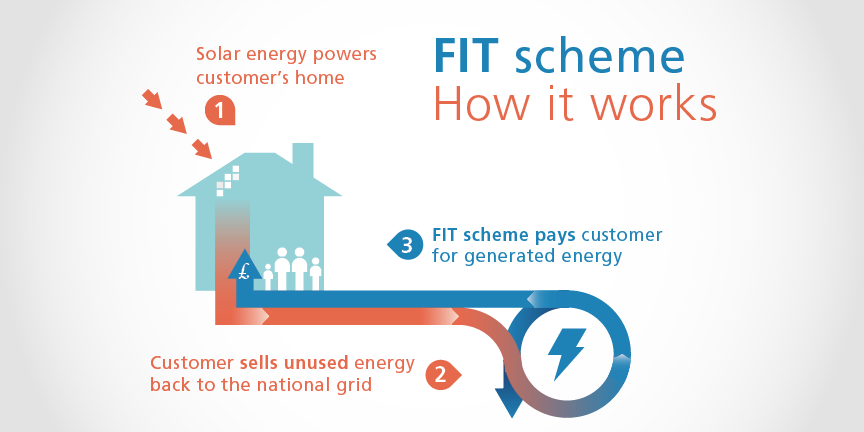 However, in reality they manipulated their victims by using deceitful sales techniques, outright lies, and false guarantees of reimbursement to misrepresent the offer and maximise their sales.

Their salespeople used tactics such as describing the offer as a limited promotion, using companies they had created to appear reputable, and indicating that the customer was in an “optimum” position, no matter what the reality.

Excerpt from sales script developed by defendants: “ ‘Measure roof’ ‘Well Mr/Mrs, the good news is that you face (?) and the angle on your roof is (?) which is close to optimum.’ ”

The key offer to encourage the victims to spend significant sums – and in some cases all of their savings – on the installation was the additional cashback scheme which falsely guaranteed that the victims’ costs would be separately and safely invested, insured, and returned to them in full in a number of years, risk-free. 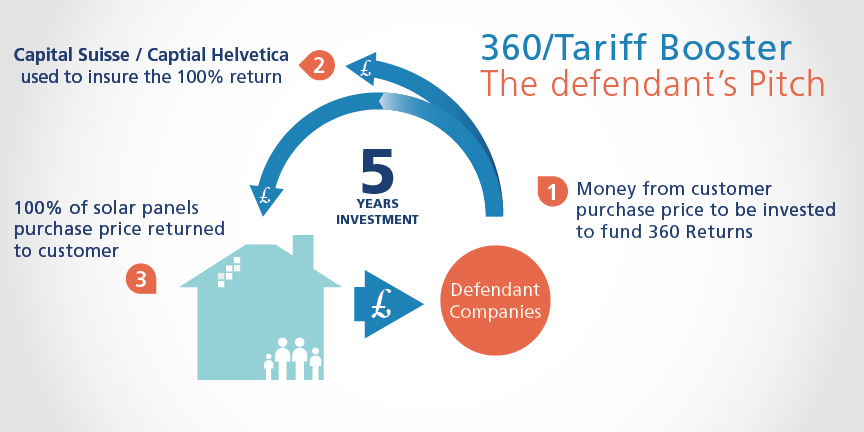 In reality these were blatant lies – no such guarantee existed and no money was ever invested as claimed, leaving the victims out of pocket for between £10,000 and £20,000, causing particular financial and emotional hardship for the large proportion who were elderly or on fixed incomes. 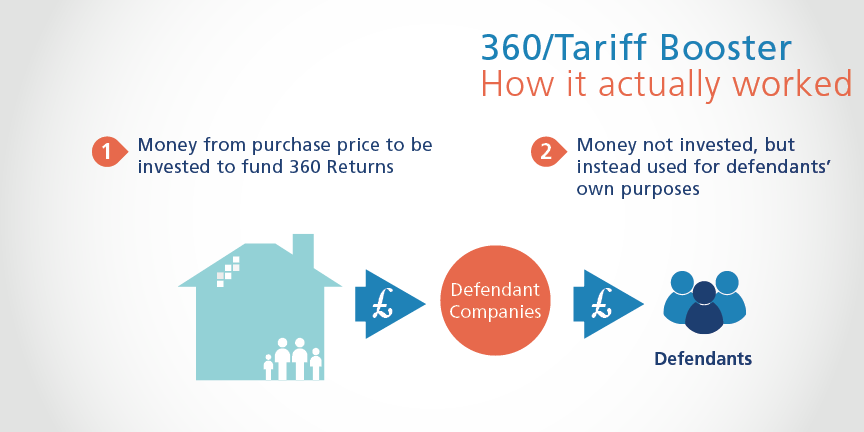 “We are currently staring down the barrel as a team for conspiracy to defraud which would carry a criminal charge and the consequences of a trial.”

Instead of reinvesting the funds as promised, the money was transferred between Solar Energy Savings and other companies to misdirect law enforcement, prolong the scam and aggressively pursue more fraudulent sales through apparently separate entities. However, these companies shared controlling minds and offered nearly identical policies to return the purchase fee in full – in some cases this was so crudely done it involved manually crossing out company names on certificates.

“When, if ever, am I likely to receive my certificate of insurance from Capital Suisse, if they actually exist?”

The defendants’ bank accounts also showed that they had paid themselves £1.9m from the companies and were enjoying extravagant lifestyles including driving Lamborghini and Porsche sports cars, paying for expensive cosmetic surgery and taking private jet flights to Switzerland and Italy.

It took SFO investigators four years to collect all of the evidence necessary to convict the six men, aided by Police Scotland, Greater Manchester Police, the Trading Standards Agency, the Insolvency Service and the Department for Business, Energy and Industrial Strategy.

The investigation took a dramatic twist when Diaz and Black were arrested but violated their bail conditions by going on the run. Cheshire Police eventually apprehended the men during a road traffic stop following a hit on Automatic Number Plate Recognition (ANPR) systems.

“These men built predatory schemes to steal thousands from the hard-earned savings of vulnerable people while pretending to offer them a chance to improve their own financial security.

“Today’s verdict is the result of four years’ hard work by our case team to ensure that these men will answer for their crime.”